Castles are beautiful building structures to dream and are wonderful to watch, but too encircled to live in! Here are some interesting Castle Facts that hopefully make you want to visit one.

1. The word castle comes from a Latin word meaning “fortress”.

2. A castle is a type of fortified structure built in Europe and the Middle East during the Middle Ages.

4. Castles were dark and cold, but they offered protection from enemies.

5. The are three main types of castles: The motte and bailey castle, the stone keep castle, and the concentric castle.

6. Every year The Queen takes up official residence in the Windsor Castle for a month.

7. There were no toilets in Castles.

8. Windsor Castle is the Oldest Castle in the world.

9. The Castles were built strictly for Defense purpose.

10. Their stairs are always turned Clockwise.

12. The drawbridge was invented late in the Medieval-castle era.

13. The Lord and Lady of a Medieval castle lived in quarters referred to as ‘solar chambers’.

14. Most of the Medieval castles had small windows which made the interior dark.

16. There are more than 10,000 medieval castles still occupied in Asia and Europe.

18. The first castle in England was built by the Normans.

19. The central building inside the castle is the ‘keep’, which was sheltered by towers and walls.

20. Cardiff Castle is one of Wales’ biggest tourist attractions.

21. Windsor Castle and the White Tower are the most famous castles built in England.

22. At the base of the motte was the bailey, which was like a little village.

23. Dungeons were in the basements – it’s where prisoners were kept.

24. Castles could be very damp and cold, especially in the winter and weren’t a very comfortable place to live.

25. A castle’s moat in Czech Republic was first filled with bears in 1707.

26. The Dover Castle is the largest castle in England.

27. Loopholes were small slits in castle walls that allow defenders to gain an advantage. 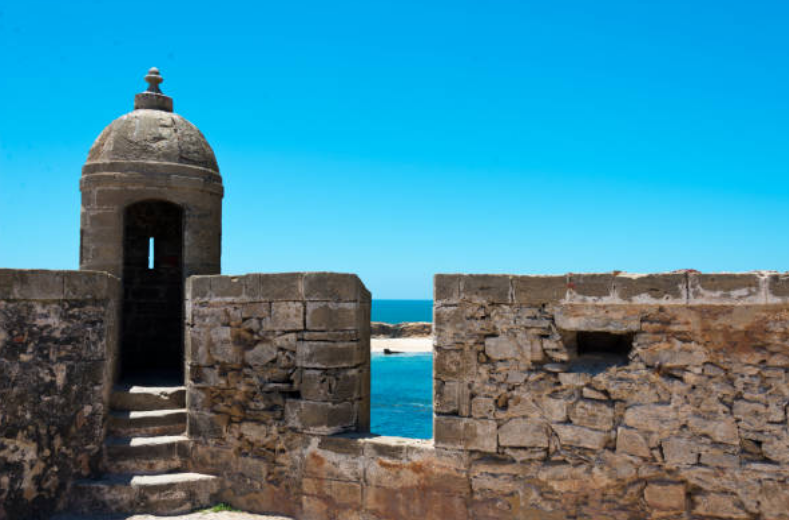 28. The Doune Castle was used in the filming of Game of Thrones.

30. There is a Castle in Colorado known as Bishop Castle and it was built by one man and it is fully defensible in the case of nuclear Armageddon.

31. There are some Castle in Japan where the floors were designed to make a chirping sound when walked upon.

32. There is a genuine medieval Castle in the American continent known as Fortaleza Ozama.

33. Alnwick Castle in Northumberland is not only one of England’s finest castles, but is also a famous filming location. It was used as the outdoor setting for Hogwarts in the Harry Potter films, and also starred as Brancaster Castle in the two Christmas specials of Downton Abbey.

34. Rocket cats were offered by Franz Helm to attack castles in the 1600’s.

35. Caerphilly Castle has a tower that leans a steeper gradient than The Leaning Tower of Pisa.

36. Most castle walls only have neat stones on the sides, everything in the middle was mortar and rocks.

37. The Louvre use to be a Medieval Castle and the base of it can still be seen today.

38. An average time of for a Castle construction was ten years.

39. The oldest standing castle in Europe is the Chateau de Doue-la-Fontaine.